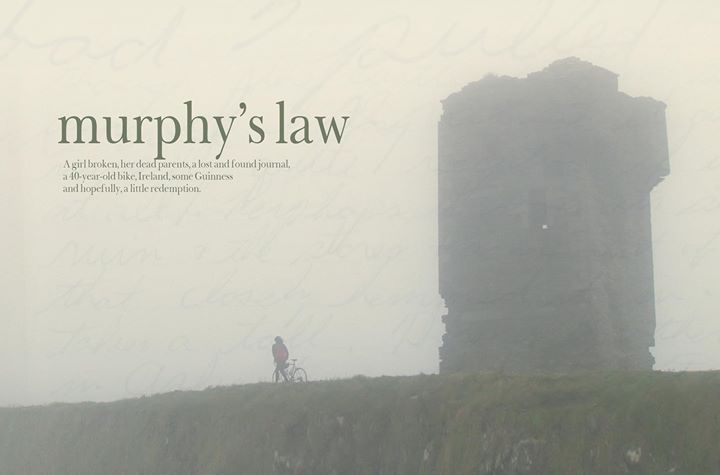 Posted at 13:45h in by 0 Comments
0 Likes
Visit Facebook Event

CONTEST! Everyone who shares this post will be entered into a draw to WIN A FREE MURPHY’S LAW DVD!! Thanks for sharing!

If you missed the sold out screening last year, here’s your chance to see the film! After winning Best Documentary at the Fingal Film Festival in Ireland, Murphy’s Law is back in its hometown!

On the eve of her 35th birthday, Megan moved back into her childhood home. For the first time in her life, she was alone; both of her parents are dead. In cleaning out her parents’ belongings, she found her father’s journal, long believed lost in a fire. It chronicled his 1973 solo bike journey through Ireland when he was just 26 years old. Struggling with her own grief and broken heart, she decides to take her father’s journal and his original 1973 red Peugeot and return to the land of her ancestors. Will retracing her father’s journey help her to find her own way forward?

Sorry, the comment form is closed at this time.